Democratizing Wealth: Getting Involved With a Credit Union 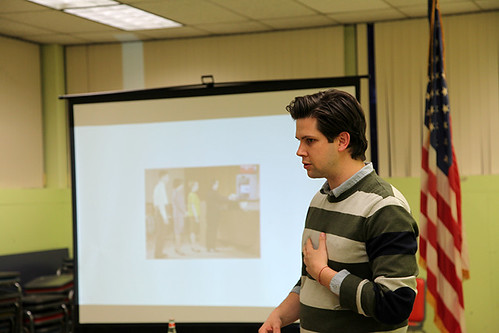 How did you get interested in this subject?
I was turned on to credit unions by the Move Your Money Project, which grew out of the Occupy movement. I moved some minor credit card debt from Bank of America to a credit union. After reading Gar Alperovitz’s “What Then Must We Do?,” and meeting with some new friends to discuss some of its concepts, I realized that credit unions are more than just banks to be used by consumers.

What do people tend to wrongly assume about this subject before learning about it?
Many people make the cynical assumption that credit unions aren’t as modern and accessible as corporate banks. Corporate banks spend billions on advertising and slick websites, so credit unions can’t compete aesthetically, but most have solid and secure online banking, better interest rates, and the same products/services the big players offer. Another assumption — just as harmful — is that banking and finance are consumer-oriented activities. Why should handling your money and debt be like shopping at the mall?

Are there any groups dedicated to this topic in the area?
I’m a member of DMV for Credit Union Democracy (DMV4CUD), which is eventually going to be a member assembly open to credit union members around the city. In May, we’re running two delegates for the board of one local credit union, and if more people get involved and come out to meetings, we’re hoping to run at more. Contact us if you’d like to learn more.

Some useful facts and links:
“In the US, the wealthiest one percent captured 95 percent of post-financial crisis growth since 2009, while the bottom 90 percent became poorer.” — 2014 OXFAM Report “Working for the Few”

“The standard of living of the average American has to decline.” — former Federal Reserve Chairman Paul Volcker in a 1979 New York Times article

Website that includes a copy of the Pentagon website on the futures market in events in the Middle East, including the assassination of leaders and military deaths

Chart from the U.S. Department of the Treasury on why Dodd-Frank regulation isn’t slowing commercial lending