Musician Jason Mullinax sees potential where others may not. A drummer for 30 years, he has found himself constantly looking for ways to create new sounds, especially by making instruments out of “found objects” that happen to be laying around. In his Music Discovery Lab, Jason worked with KCDC students to “experiment with the musical and artistic potential” of different sounds.

“If you can count to four, you can play the drums,” he encouraged the class during a clapping warmup. 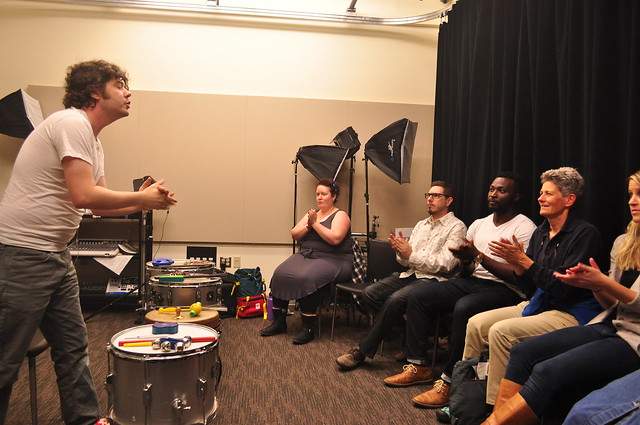 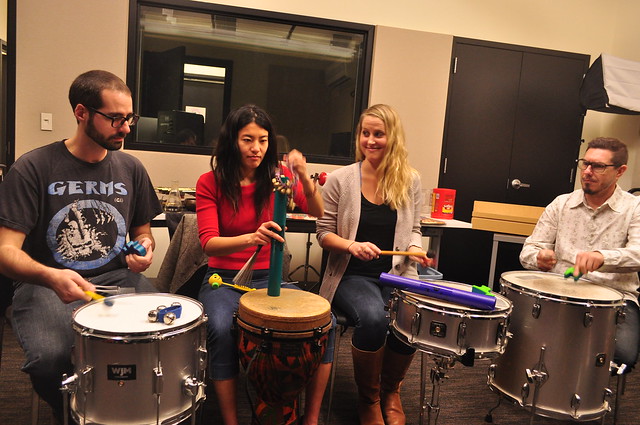 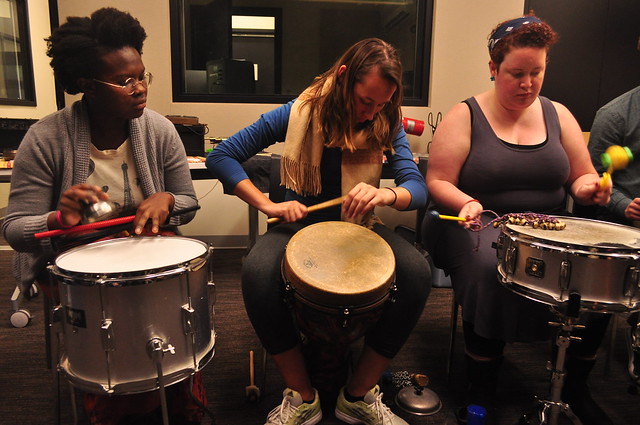 The group then broke into a free-for-all of manipulating a snare drum, pot lid, coffee jar, and dozens of other objects to create more sounds than we typically expect of them. 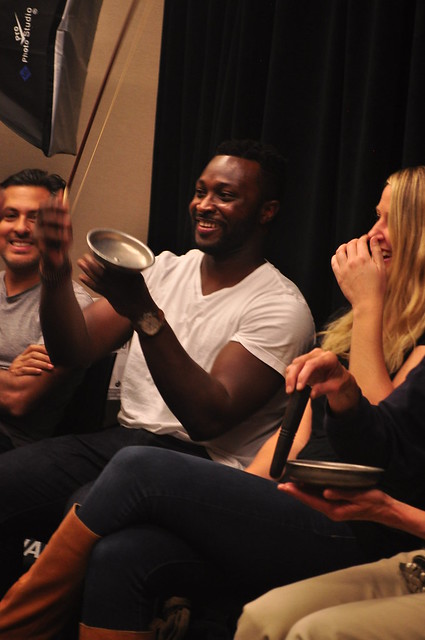 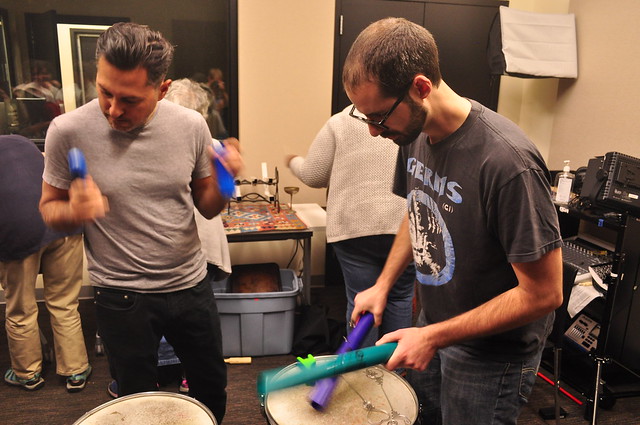 Jason challenged students to see normal objects in a musical way by recontextualizing everyday objects into instruments. Cookie sheets can become “thunder sheets,” and a bureau drawer can become an improvised hammered dulcimer. 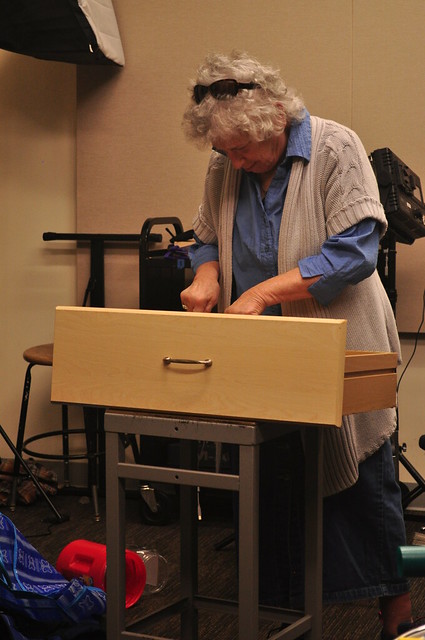 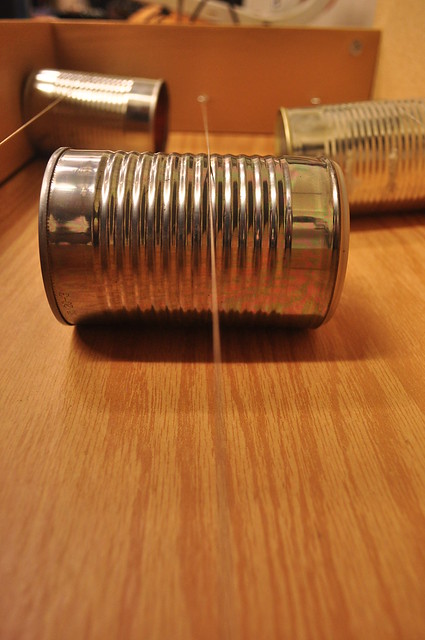 The best part of found-object instruments, Jason pointed out, is that anybody can obtain them cheaply at thrift stores or hardware stores. He has even spent half an hour at Home Depot finding the most musical-sounding chain.

Because there is no right, wrong, good, or bad way to play with this type of instrument, the Music Discovery Lab proved to be a cathartic post-election experience and equipped students for their own experimentation at home. 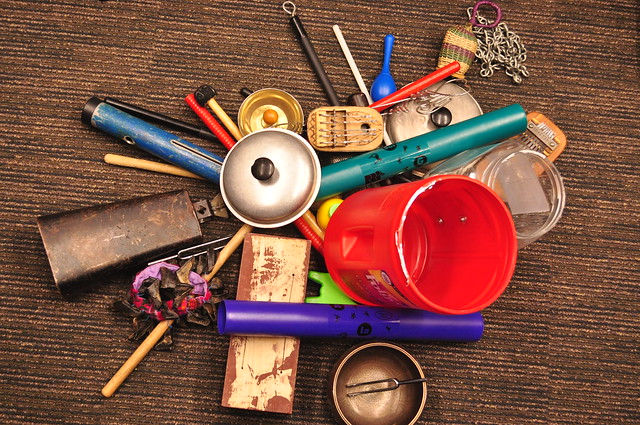