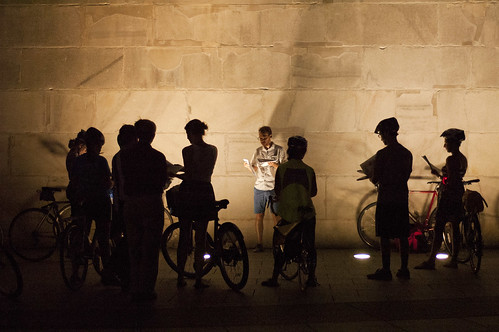 At the Washington Monument, where the National University and various shorter and squatter versions of the Monument — including one with a four-story George Washington statue on top — were never built.

What was the take-home message of the class?
Can you imagine the U.S. Capitol, the Washington Monument, or the Lincoln Memorial looking different than they do today? I certainly can’t, in part because they’ve been ingrained into my head through history books and pop culture references. But all of these monuments stand as they do today because they went through some serious blueprinting.

What was the most surprising thing you learned?
One of the original designs for the Capitol included a disproportionately large chicken/weathervane object, not drawn to scale. I can’t help but imagine the imagery of our representatives conducting business inside such a building (oh, the symbolism!).

What did you learn that you can put into practice immediately?
The next time I have friends or relatives from out of town, I can tell them information about the monuments they won’t have known before. As a D.C. resident, it’s easy to become jaded about the history we walk past every day. Everyone should take some time to revisit the monuments if they haven’t recently. 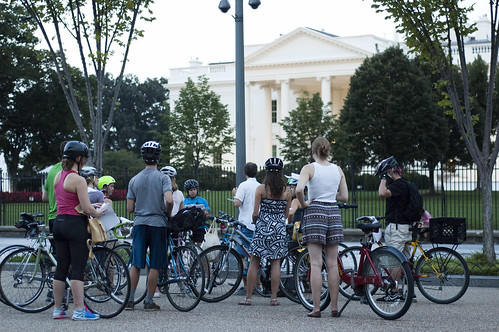 At the White House, which might have been replaced by an “Executive Mansion” on Meridian Hill or “improved” by a 100-yard-long marble bench — nicknamed “The National Sofa” — facing a huge projection screen showing a direct feed from the President’s residence.

What can people read/watch for more information on this topic?
Visit the Library of Congress! Ask National Park Service rangers! Read Wikipedia articles! Challenge yourself to discover a new, weird talking point about each monument.

Anything else fun you’d like to tell future students of this class?
It’s important to understand and question why the city is laid out like it is. The design and politics that went into D.C.’s past are invaluable when talking about the city’s future. And don’t assume the monuments that stand today won’t change.

Matty Greene is a native Austinite and passionate film producer/photographer. When she’s not making online videos for work — be it producing a video about manufacturing the American flag or filming fourth graders installing solar panels on their classroom roof — you can find her playing ukulele, working on 3D printing, or taking a Knowledge Commons DC class.