A Walking Tour to Remember

We’ve been there before. Perhaps as tourists in a foreign city or as children being led through a museum on a school field trip. The tour guide yammers on and you can’t help but wonder when lunchtime will roll around (that brown paper bag’s got your name on it).

This walking tour was different: The goal was for students to learn how to give better walking tours themselves. Accordingly, our teacher Sonia avoided the missteps that make tours boring — like long lectures and little group interaction — and taught by example, opting for group exercises and encouraging participation over silent attention. 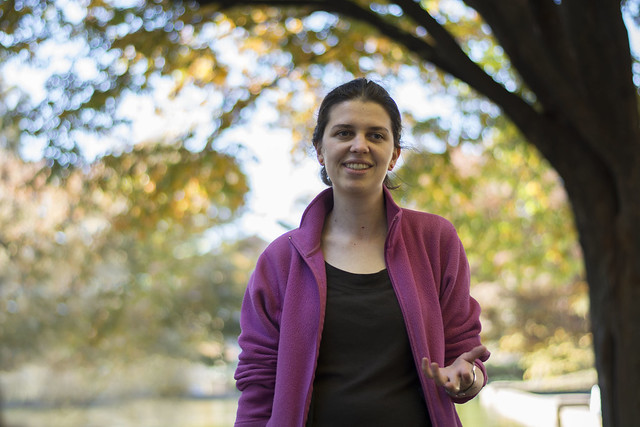 Sonia has given tours at the U.S. Holocaust Memorial Museum and the Boston Massacre site.

After a round of introductions, we divided into small groups with a task: investigate statues throughout the park, paying special attention to how we’d present each one to our own (hypothetical) tour group. Sonia instructed us to think about the best way to highlight each statue’s significance and to consider details like the flow of foot traffic and seating options.

Many of the groups’ observations were fairly straightforward. For example, when possible, stand in the shade! But it’s these sorts of seemingly obvious details that guides tend to forget when their mind is fixed on the Revolutionary War or whatever. 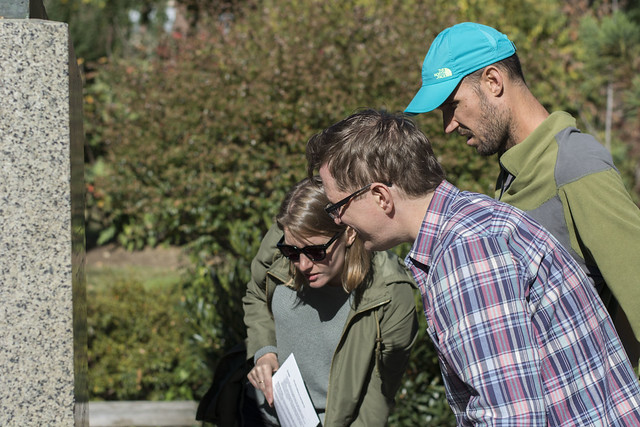 The statue’s inscriptions hinted its historical significance in the park.

Memorable tours have a theme, said Sonia. No one remembers the myriad obscure details experts often fling at laypeople. Instead, a good tour guide ties together a conceptual framework that connects each stop to a larger narrative. Rather than names and dates, we should think about the overall message and feeling we want participants to take with them.

Our assignment, after we formed small groups, was to design a mini walking tour of Meridian Hill Park with a theme of our own. We had half an hour to explore the statues lining the park and to weigh which ones we could use to create a memorable theme. 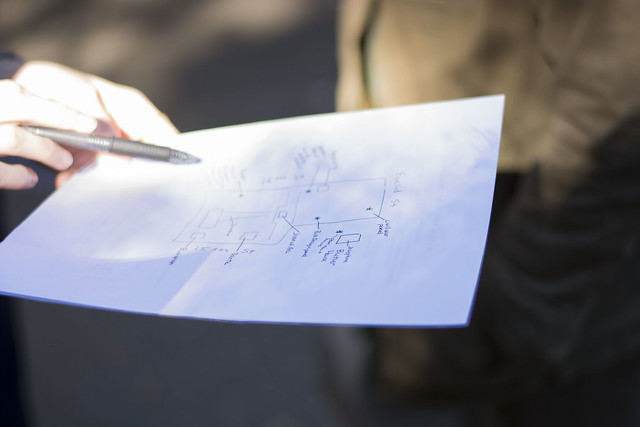 Each group got handouts, including a map of the park and historical info.

Despite selecting from just a few statues, the ideas we came up with were diverse; themes ranged from cultural exchange to the human condition. Sonia facilitated a deeper discussion into our reasoning and how we would weave the themes into our stops. Starting at the bottom of the hill and ending at a vista, for example, could leave tour-goers feeling optimistic about the state of mankind. Or, if we were more focused on existential dread, perhaps we could end by the bathrooms. 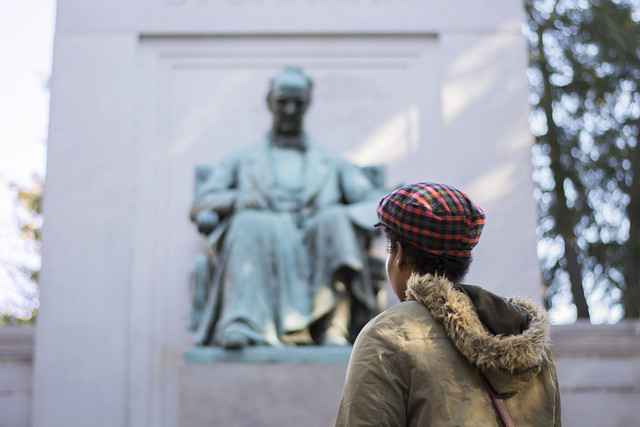 I’m not sure if it was the beautiful fall foliage or the refreshing new perspective on walking tours, but when I went home, I’m pretty sure I left my brown bag lunch at the park.

Ari Hock develops digital strategy and manages the social media channels at KaBOOM!, the national nonprofit dedicated to making sure all kids have opportunities to play. He’s led a discussion about the role of Twitter in the 2016 election at the University of Maryland, and he has at least three social media accounts with fake names.