Heighten Your Senses in Nature

Many office workers dislike working indoors. More and more, they look for an outdoor escape from the daily grind.

Matt Colombo, a “recovering office worker,” has been regaining his senses in nature, and helping KCDC students heighten their own. The best part: there’s no need to go far to do so. Heighten Your Senses in Nature took place in the 16th Street Heights area of Rock Creek Park, allowing students reconnect with the outdoors just off one of the city’s busiest roads.

A lot of what Matt talked about might seem obvious, yet it showed how easy it is for people to miss what is right in front of them. Before even reaching the woods, Matt told students to look down and describe what they saw. 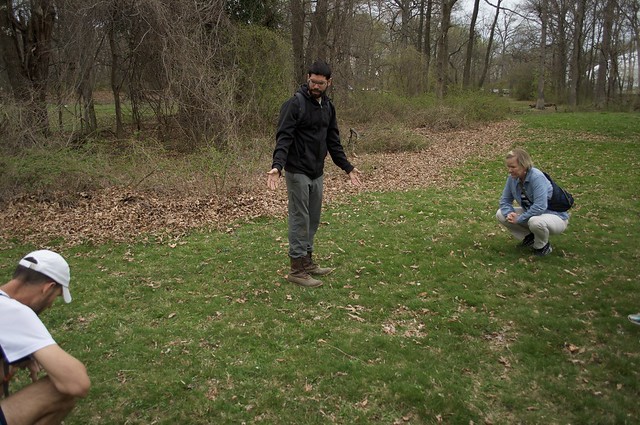 You can even try this in your office. What’s under your desk? That sandwich you lost last week?

“In the past, I would have just said ‘grass,’” Matt explained. “But when you actually look down, you’ll see that there’s much more than that under your feet. And we’re still just in a field.”

Indeed, after taking a moment to enter the right mindset, the class began picking out clovers, seeds, and tiny — apparently edible — violet flowers. 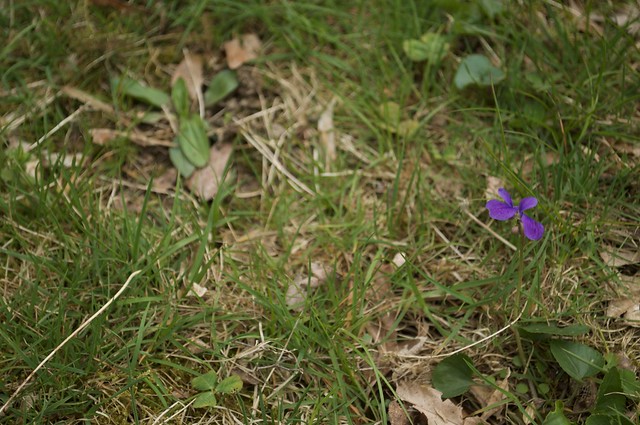 Another important technique is to slow down — not in the sentiment of motivational posters, but to physically move more slowly. This helps you take in your surroundings and to be present, especially if you want to see any of the animals that populate urban parks like Rock Creek.

Walking quickly is “like a train barreling through the woods” and often spooks animals, while slowing down helps you become a part of the environment around you. As the class ventured into the woods, Matt pointed out multiple sets of deer tracks the inattentive eye would have missed, as well as more subtle signs of wildlife, such as trails worn into the brush.

“Animals, like us, are creatures of habit,” Matt explained. As such, they’ll follow similar routes from their dens to their food sources, forming their own beaten paths. They just happen to be less obvious than human trails.

By slowing your pace or standing still, you start to notice the details of your surroundings that tell a story of what has come through the space. 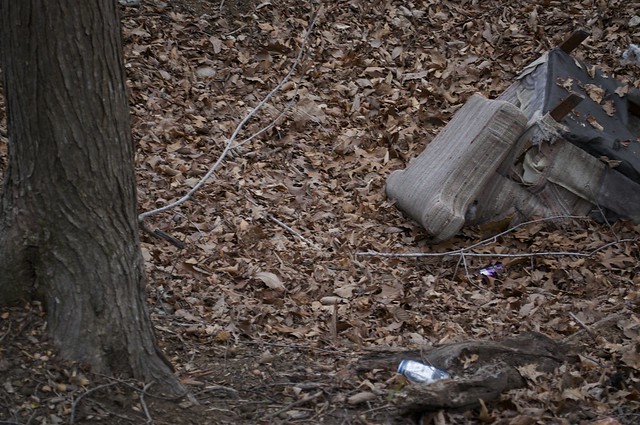 What can you deduce about the local wildlife?

Ultimately, the best way to heighten your senses is to stop moving completely and become part of what’s happening around you.

“Something as simple as sitting is the ultimate slowing down,” Matt said as the group found spaces to sit quietly and listen to their surroundings.

Over five minutes, students began to make out what Matt described as “layers of hearing,” with birds singing in the foreground, something rustling in the distance, and cars on Rock Creek Parkway filling in the background with a steady white noise.

With enough time in nature, Matt explained that one learns how to look and listen for the interesting things that surround them. And it’s not necessarily difficult if you take the time to do it. 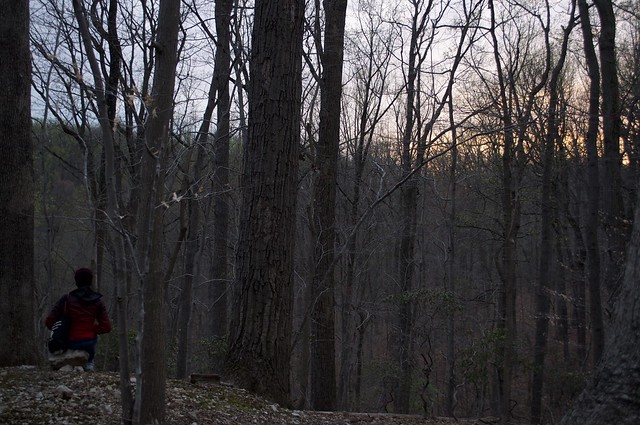