The Revolution Will Not Be Whispered

Over the past few months, you may have noticed certain large groups of people, usually with signs, doggedly shouting their points of view about everything from immigrant rights to the scientific method. The concept is certainly nothing new in D.C., but the frequency, size, and emotion of these gatherings is indeed newsworthy.

“Can I, too, get paid to yell what I’m thinking?” you may be asking.

On cable news, sure. But in mass demonstrations, alas, you are only rewarded with having your voice join with the dozens to hundreds to thousands of others standing, marching, or werking alongside you. That said, you can and should take your voice to the streets, as loudly as possible.

Julie Rubin and Roo George-Warren gave Knowledge Commons students a primer in how best to shout about the issues that matter to them, maximizing volume and packing as much punch as possible into their messages. 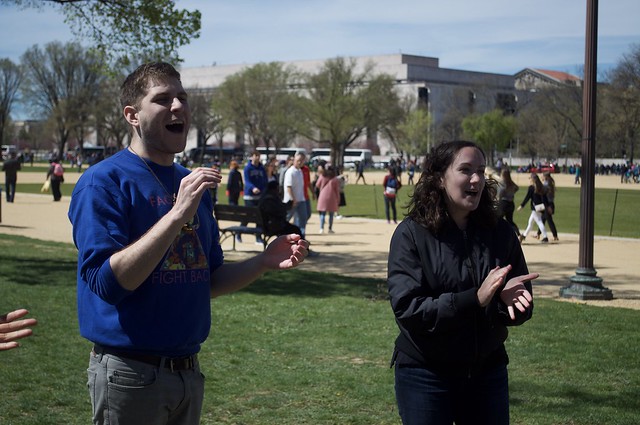 The Physiology of Shouting

Roo, an operatically trained singer, knows a thing or two about projecting your voice. Operatic singing and protest shouting are apparently related, with George-Warren referring to the former as “a beautiful scream.” Thus, to maximize your shout you should loosen your diaphragm, letting it push the air forcefully past your vocal cords. 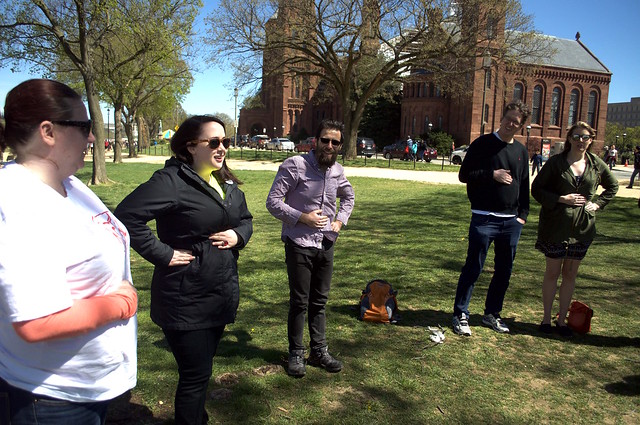 Finding and feeling the diaphragm.

Next, find the note at which you can reach top volume — every person has a different pitch that is best for them. Your best shout also depends on the resonance of your voice. Pushing from too far back in your throat or being too nasal will dampen your message. As Roo described it, you want it to come from the middle, with your voice erupting out through your eyes. 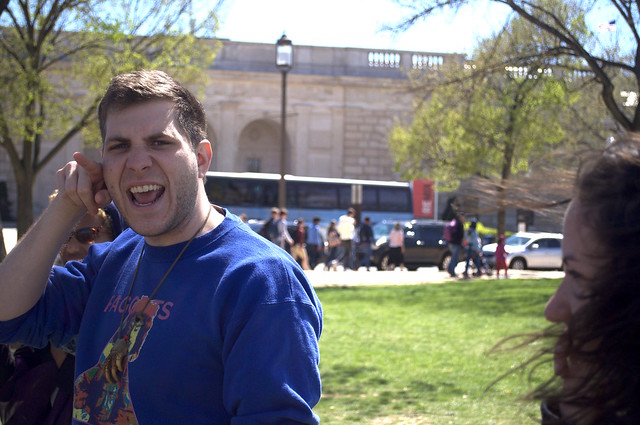 Julie and Roo guided students to find their unique pitches and resonances by having everybody rise and fall along their vocal range, tracing it in the air with their hands to visualize the point at which they felt the loudest. Then, for resonance, the group switched from projecting with Yogi Bear-esque voices — a doofy, throaty sound — and witch-like timbres, where the voice flows through the nose. By sliding between the extremes, students found the spot that best carries their voices.

Try it. It totally makes sense.

The purpose of the shouting is to be heard, as one person and in demonstrations as part of a generally unified group, so messaging is also important.

Chants should be concise, which Julie exemplified by having individual students shout segments of Abraham Lincoln’s Gettysburg Address with the group shout-repeating it. Some sentences lasted too long, making them difficult to repeat, while the shorter, punchier phrases sent a message while allowing chanters to repeat and amplify it. 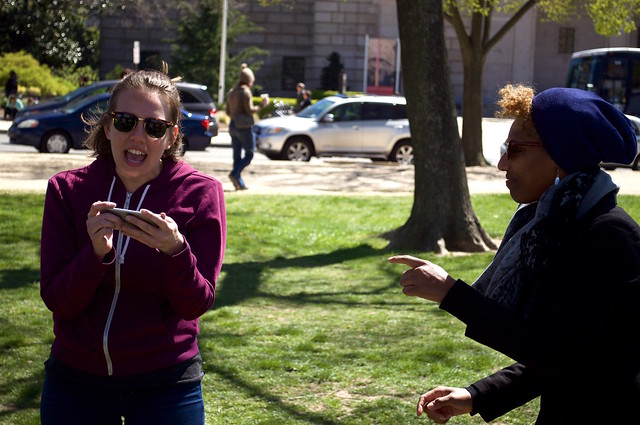 This is part of the “mic check” technique, in which one person shouts a message to everybody within earshot, and they repeat it to spread it along. Being concise is important to ensure shouters stay on message, creating a powerful, unified roar rather than a group of isolated chanters.

Students broke into groups to develop their own chants, with Julie and Roo guiding the process to mold the expressions into effective communications. 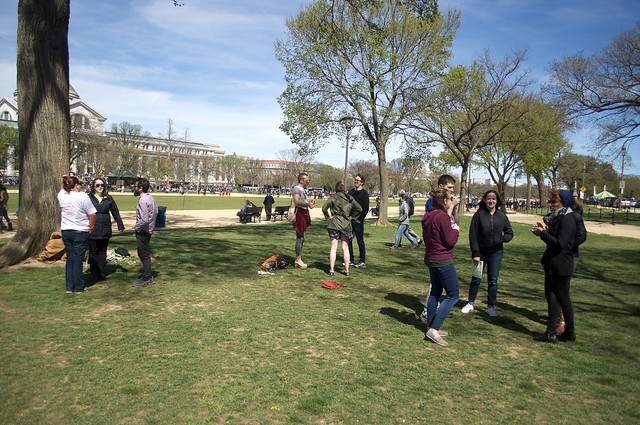 The most important thing to do when you’re yelling in a group is to raise other voices with your own. Especially with the knowledge and confidence inspired by the class, Julie told students to help others nearby who might not sound as confident in beginning a group shout.

It’s easy enough to spot — someone starts chanting quietly or nervously, and the group doesn’t notice it. Trained shouters should jump in and help that person’s chant gain traction.

“Most people are waiting for someone to be confident,” Rubin told the group. People are excited when somebody is willing to lead the shout, and pick up on that energy.

Now, go forth and shout! Amplify your voice and the voices of those around you. 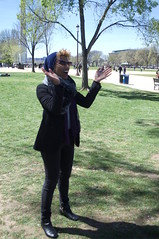 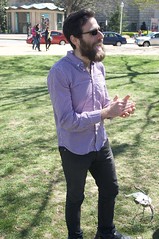 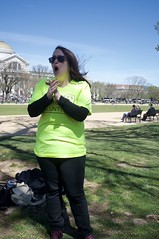 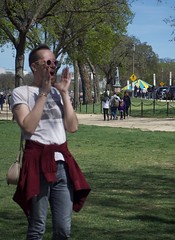