Who’s That Dead White Guy on a Horse? A Walking Tour

They’re ubiquitous throughout our city: detailed human figures carefully cast in bronze or released from blocks of marble. These statues often depict political leaders, men considered heroes of war, or transformational thinkers of the arts and sciences. And downtown D.C. sure does have a knack for showcasing dead white guys on horses. To get a little more insight as to who these men were and why their figures now dot our landscape, public historian Jess Unger led a group of students on a walking tour of some of our most prominent statues. 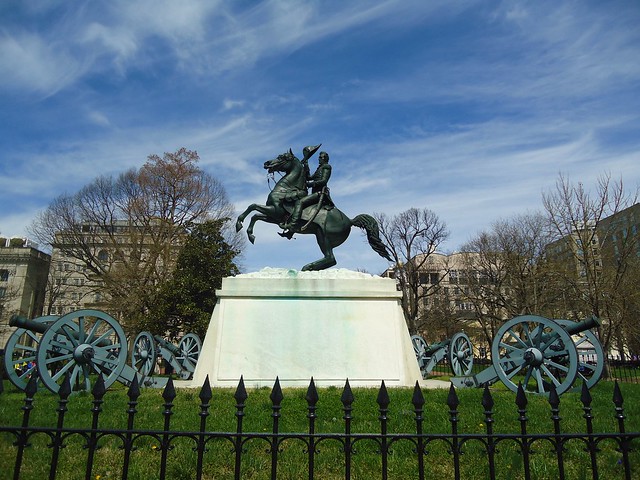 Students began the tour in Lafayette Square, which unexpectedly hosts a statue of Andrew Jackson at its center, with its namesake Marquis de Lafayette in one of the corners. While touching on the lives of Jackson and the four Revolutionary War leaders featured in the park, Jess challenged the students to think about how opinions of statues can shift over time, the expense of their maintenance and upkeep, and how successfully (or unsuccessfully) they represent the history makers of their time. 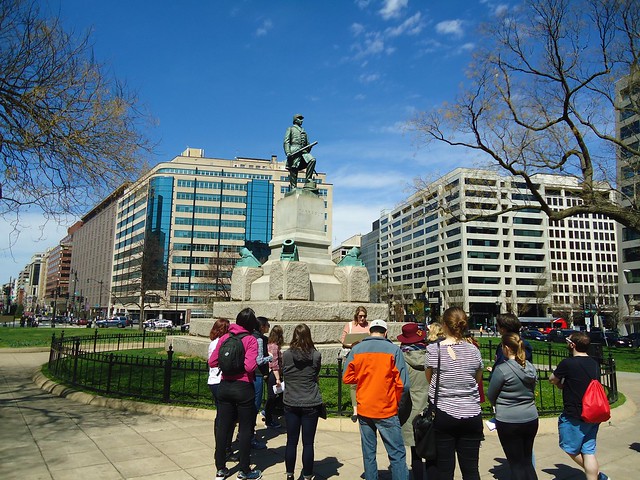 A quick walk led the students to Farragut Square, whose statue of Admiral David G. Farragut contains documents about his career in its base. The statue also affected the design of our modern-day metro system by preventing the underground digging necessary to create a single Farragut Square station. Next, the class gathered around the statue of Daniel Webster, a renowned orator whose long career in U.S. politics now comes with mixed reviews. 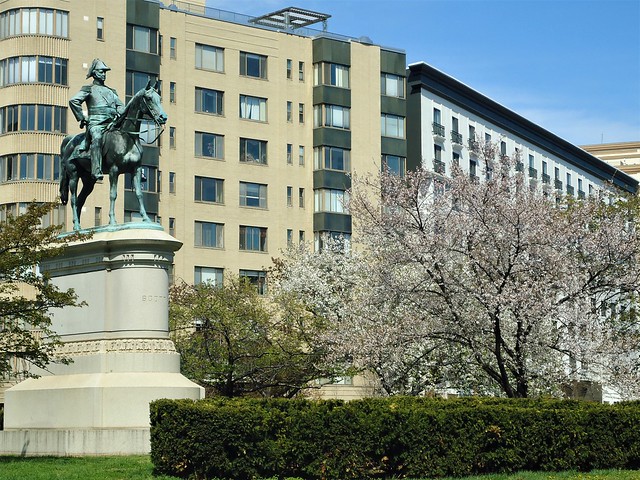 On the way to the next statue, students got a glimpse of the statue of Winfield Scott, a military officer whose preference for riding mares resulted in a comical combination of portly man riding a small horse. Then, in front of the statue of Samuel Hahnemann, father of the now debunked field of homoeopathy, Jess discussed the ways in which lobbying efforts can result in statues being erected in honor of unexpected individuals. 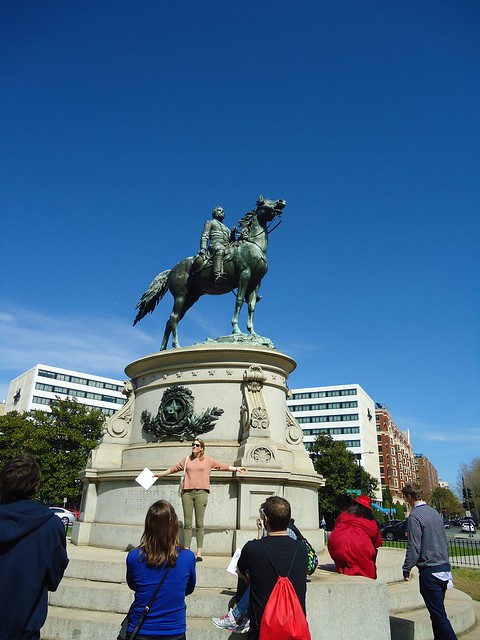 The tour concluded in Thomas Circle under the shadow of Major General George Henry Thomas, where the students expressed which statues they would like to see gone, and which statues would be a welcome addition to the D.C. landscape. It might be a long shot, but if it were up to the group you’d soon walk past a statue of Beyoncé atop a horse as you rush to work each morning!

Oana Leahu-Aluas has lived all over the country and is happy to call D.C. her (hopefully) permanent home. She has worked in various parts of the environmental field, including recycling, energy efficiency, solar energy, and now sustainable transportation. She is the first to alert you of any and all free food opportunities, so if you’re hungry you definitely want to be her friend.