With this guidance that, really, should apply throughout life, Heather Carter taught KCDC students how to dance zydeco. Capping off a week of disconcertingly phenomenal weather, Carter’s class helped students let loose and carry a bit of this mindset into Mardi Gras. 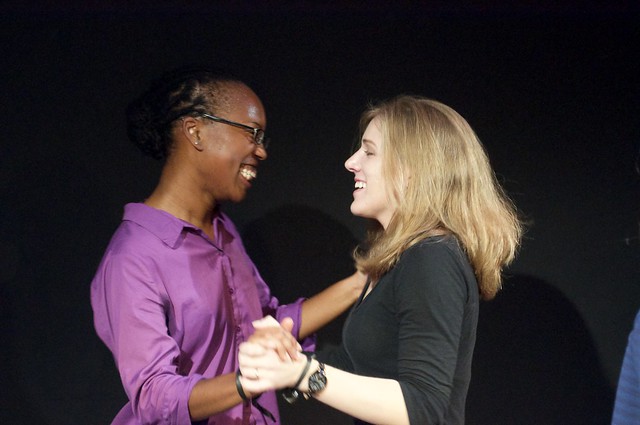 “This is not a how well can you do it class,” Carter reassured the uncertain-looking group left-right-lefting around Logan Fringe Arts Space’s stage. “It’s a how much fun can you have class.” 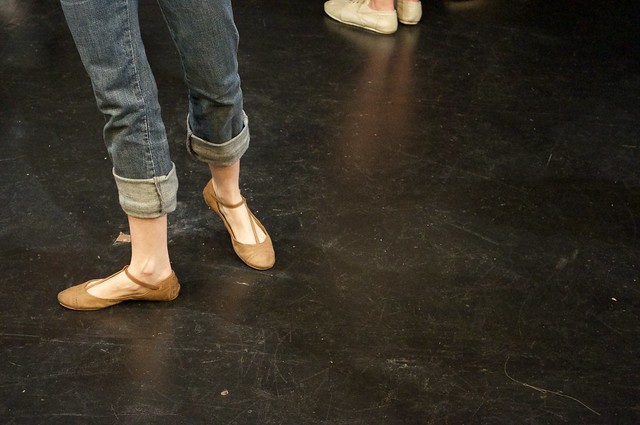 Carter challenged students to think of themselves as dancers, even if they’ve never considered themselves “good” at it. Have you ever moved to a beat? Did you play the recorder in an elementary school music class? Can you count? Then you can dance.

Remember, it’s about not working too hard.

Zydeco essentially consists of three steps in four beats: left, right, left. It’s an energetic dance, and some students worked in spins as they traveled the dance floor. But nobody attempted the dip Carter demonstrated. Alas. 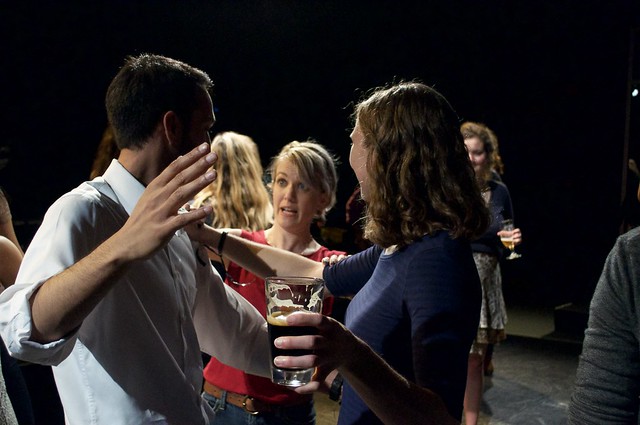 After covering the basics, the class split into pairs to practice their new moves. Like most dancing couples, there’s a leader and a follower. The leader guides the pair around the dance floor, avoiding a crash with other couples. The follower needs to make sure they both look good doing so. Easy enough, right? 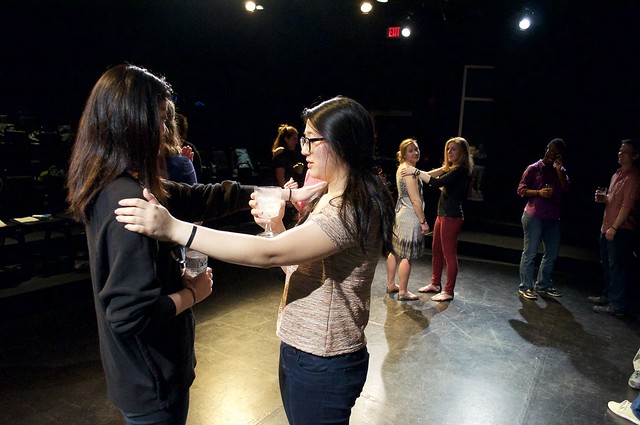 The word zydeco, which stems from Louisiana’s Creole population, has an uncertain origin. One theory, though, suggests that it comes from the phrase les haricots ne sont pas salés, or “the snap peas aren’t salty.” For people who hardly had time off and worked just for subsistence, having salt for your food meant that you were doing well.

If you couldn’t afford spices, Carter told the class, your beans weren’t salted, and you weren’t doing too hot. People might then host a dance party in their living rooms, cook some gumbo, and charge a few cents as admission to help spice their beans again. 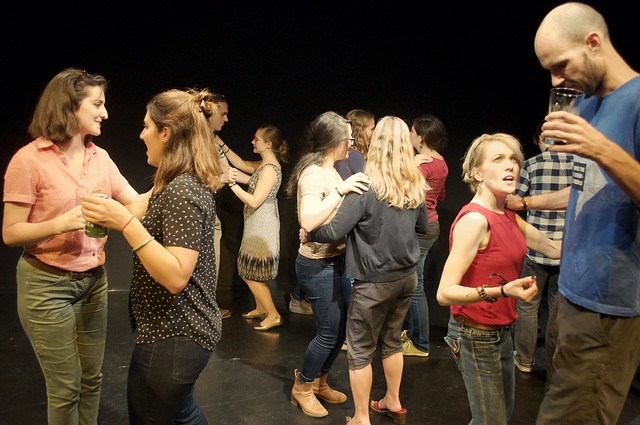 Though Friday’s class used recorded music, zydeco dances usually have a live band that “will extol you to do things, mainly to shake it.” The band — along with general yelling — helps to keep up the energy and forget about the troubles of the world for one night. 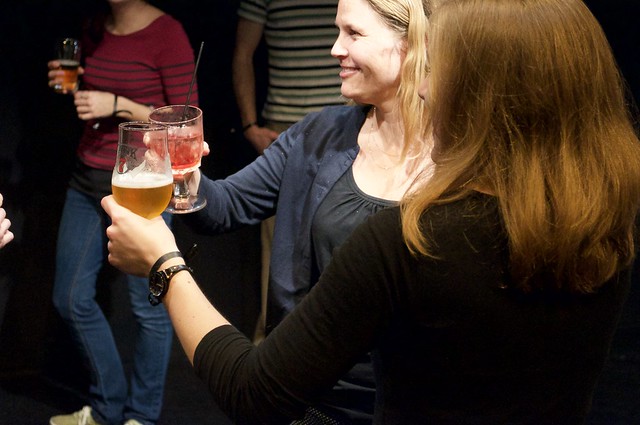 Best of all, zydeco is “the dance where you can have a beer in one hand and your partner in the other,” in Carter’s words. Luckily, Fringe’s bar helped the class maximize the authenticity of its experience.

While the class only provided a taste — a dash of spice, if you will — students were able to relax and let the good times roll just in time for Mardi Gras. Even if your beans aren’t salted now, there is a community (like us!) that can get you back there. 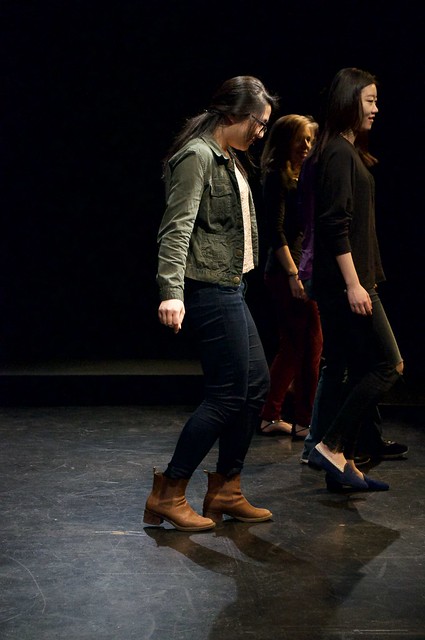 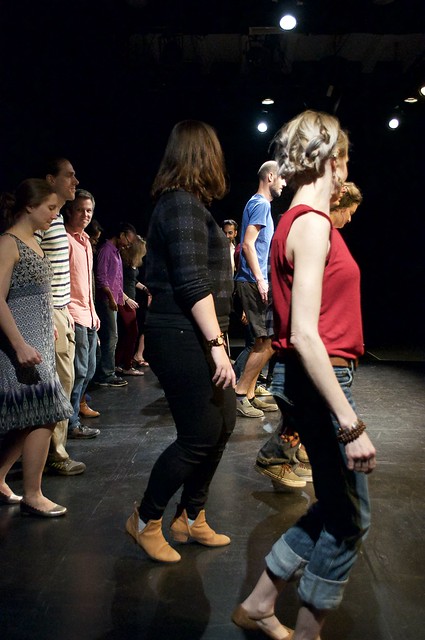